Our trip to Spain has been a wonderful experience. Madrid, Seville, Jerez, Cordoba, Sitges, and Barcelona – each unique and each an expression of the overall Spanish culture and way of life. And the wines! We stayed mostly in AirBnB.com (LINK) apartments with a couple of hotels for shorter stays. We walked almost everywhere and used the trains and busses – we only had a rental car for one week.

We began with five days in Madrid, the capital and one of Europe’s great cities. We stayed near the old town and the Palau  Real (Royal Palace), where there were a variety of restaurants, bars, cafes, and clubs. Madrid also has the high-end nightlife of a major city, although things are still a bit depressed here as the overall economy struggles to recover from the recession that hit Spain particularly hard. That said, it is a magnificent place to visit and we will surely return for a longer stay. The Prado Museum is among the very best in the world.

Tapas is the king of food in Spain, and since the recession, these small plates of nearly infinite variety have moved from the status of late afternoon or late night snack to the evening’s repast. The variety and quality of Tapas at the many small tapas bars and cafes is simply astounding. And there is inexpensive and very good wine everywhere! During our stay in Spain, we probably averaged 2 euros a “copa” or glass. On most wine lists in the tapas bars, ALL of the wines were under 20 euros a bottle (and the dollar and euro are currently nearly at par)! So a Tapas dinner for two – three to five plates and two to three glasses of wine each – was almost always under 20 euros. This was true everywhere we went. There are more expensive places to eat, but the vast majority of food establishments in Spain are very, very reasonable.

After five days in Madrid, it was onto the Renfe High Speed Train for a nice ride down to Seville (Sevilla), the largest city in southern Spain’s Andalusia area. Seville is a gem of a city with a great history and a bustling food and wine scene. It is a home of Flamenco, and we saw some amazing shows while in town. We stayed for 3 1/2 weeks in an AirBnB.com apartment near the center of the old town. We were literally surrounded with history and the hustle and bustle of a busy city.We explored the city’s Tapas bars, the Arabian Spas, the Mercados (markets), along with the many historical and religious sites. We could have stayed longer. The people are amazingly welcoming, very proud of their city and their culture. We met many locals through our AirBnb host. 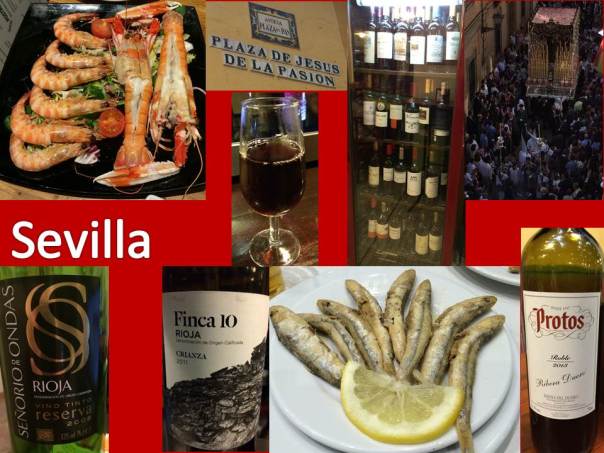 While in Seville, we did side trips. One was a weekend in Jerez, the center of Andalusian Sherry production. Jerez is like a mini Seville with a historical city center, but with numerous Bodegas where Sherry is produced and Tabacons, bars where Sherry is served out of the cask and where, frequently, Flamenco shows are staged. It is also home to the Royal Andalusian Horse Training Center, which we visited for a performance.

After Seville, we flew to Barcelona’s Airport (BCN), but did not go right to Barcelona. We rented a car and went south a bit to Sitges, a wonderful Mediterranean Beach Community. Sitges reminds me of the French Riviera, only it has sandy beaches and that amazingly inexpensive Spanishn food and wine. We stayed at a beachfront hotel for seven nights and explored the food and wine scene a bit. Sitges is near the Penedès D.O. (LINK) wine region. You can read about our winery visits there here (LINK) and here (LINK). Sitges was relaxing and enjoyable.

Then it was on to Barcelona for the final week in Spain. This was my third visit to this wonderful city. Part of the reason that we came was that both Dorianne and I were presenting at a conference at the ESADE Business School (LINK) on Spirituality and Creativity in Management. We still managed to squeeze in some wonderful food and wine, though. Also, Barcelona is home to all things Gaudi – that’s Antoni Gaudi (LINK), the genius visionary architect and designer. We stayed a bit out of the city near the FC Barcelona Stadium, which was a great choice.

So Spain has cast its spell on me once again. It is with mixed feelings that we depart for France tomorrow, as much as I love France. Spain was hit hard by the financial collapse, but it is coming back gracefully, as far as I can see. And Spanish Wines – tintos, blancos, cavas, and Sherrys – are among the best values in the world today. So go to your local store and ask for something Spanish and then make a few small plates at home and sit back and savor the culture that brought us so much and continues to do so.

Some photos from our trip. 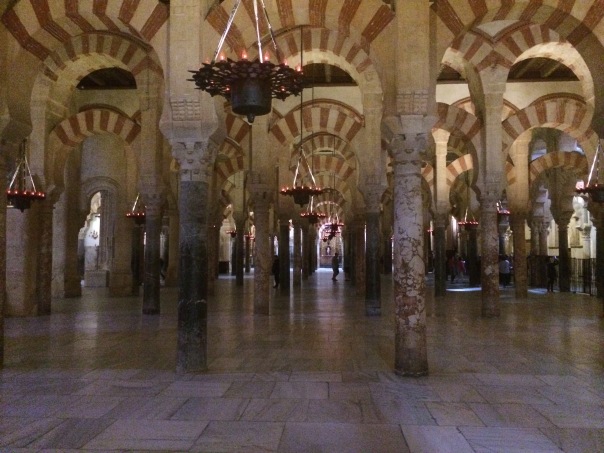 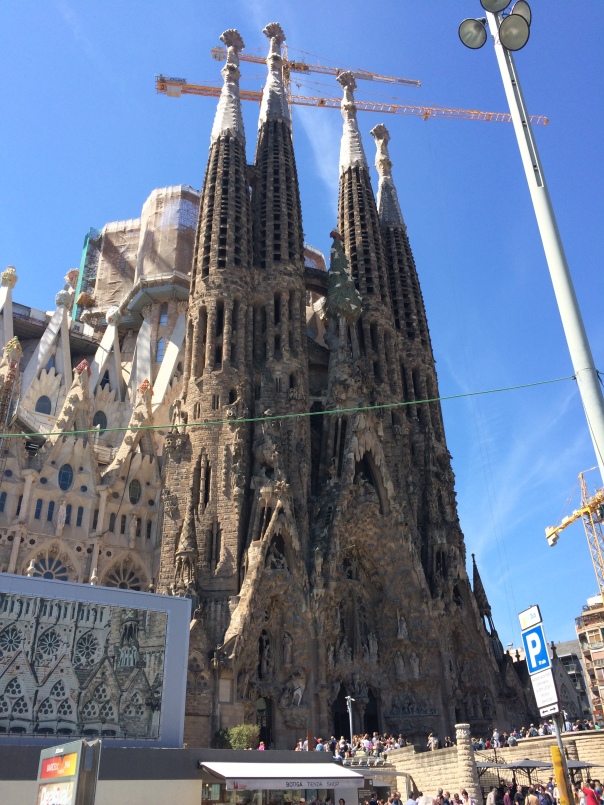 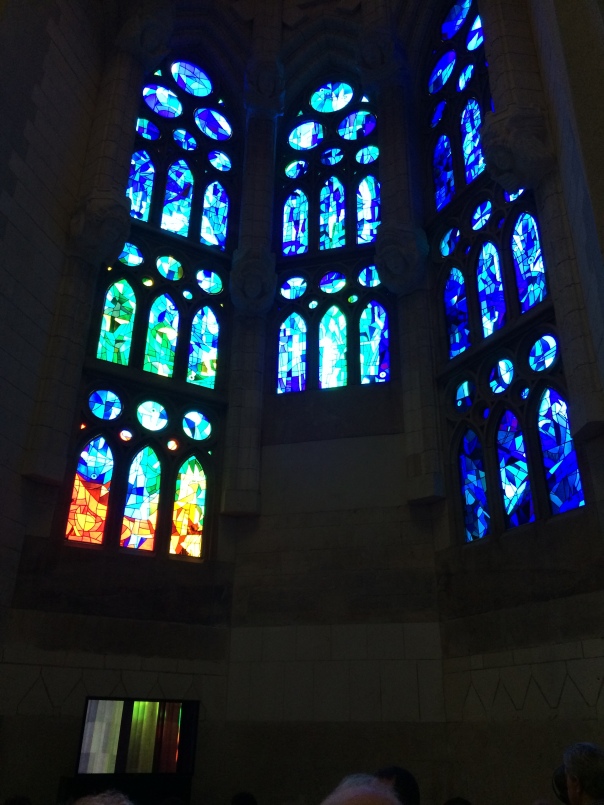 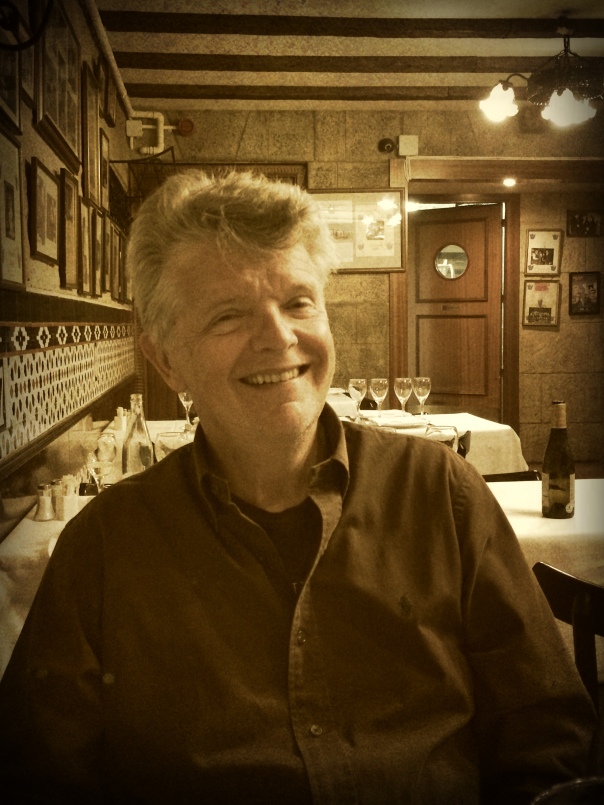 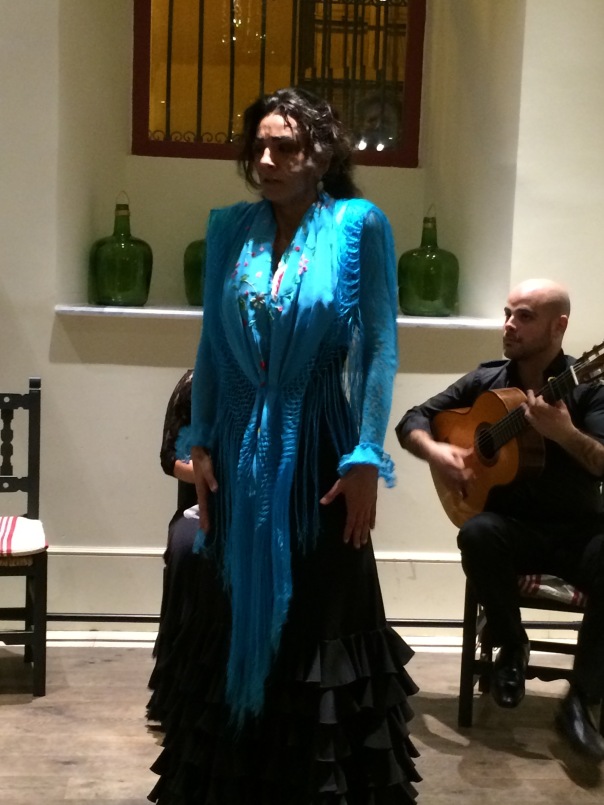