During our recent visit to the Penedès DO near Barcelona, we also visited the legendary Cava producer, Freixenet (LINK). Known in America mostly as a producer of very cheap sparkling wine suitable for college parties and sports celebrations (where most of the wine is shot out of the bottle), it is often hard for U.S. consumers to imagine high-end Freixenet Cavas. But that is what we had during our visit to the winery.

Cava (LINK) is the Spanish sparkling wine, similar in processing to French Champagne, but using different grapes and the name “Cava” is not limited to a specific geographic region or appellation. The primary grapes used in Cava are:

We did not do a tour of the extensive facility (90 million bottles per year) in Sant Sadurní d’Anoia. We went right to the tasting room, after wandering around a bit and seeing some of the marketing vehicles the winery has used over the years and some of the “art” on display in the main building. 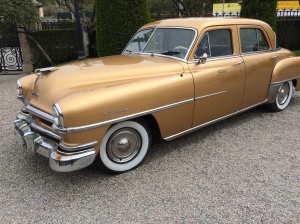 The tasting room is in the 3rd floor of a large production building that has a large gift shop on the first floor where you can get your “inexpensive” black bottle of Freixenet  that you remember from your formative years, along with lots of other things. The tasting room is large and well appointed – and handled a tour group of about 50 young people easily while we were there. 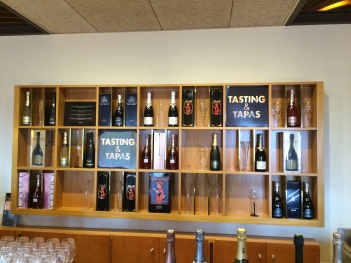 We opted to taste four wines from the Cuevèe Prestige Collection, their higher end cavas, and one, the Brut Nature Reserva 2009, that is the favorite of the locals in Spain. Now, Dorianne is more of a sparkling wine fan than I am, and she was the driving force behind our visit – having many fond, if foggy, memories of evenings where that black bottle played a role. But I was game, so we tasted. 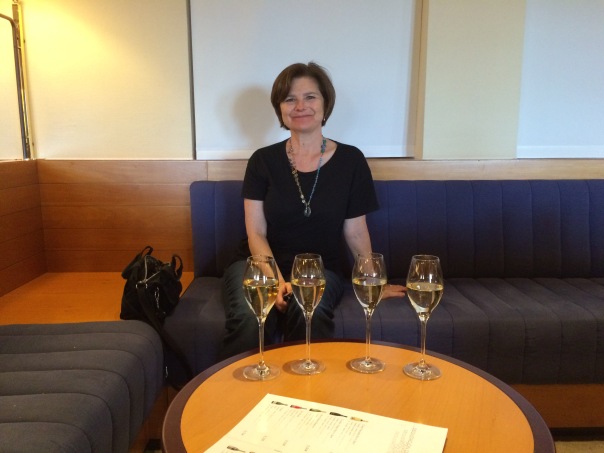 We began with the Trepat 2013, a Blanc de noirs” style cava, that is a single vineyard wine – rare in this business. The wine was sharp, tart, and had a very strong degree of carbonation. This would be a great wine with a ripe cheese.

Next, we tasted the Cuvèe DS 2007 Gran Reserva, using Macabeo, Xarel•lo and Parellada grapes. It is only produced when the harvest is very good. This wine was more balanced than the Trepat and had a nice sense of fruit and not too much sugar.

Then, the Brut Nature Reserva 2009, the cava that sells the best in Spain (according to the tasting room staff). The wine is only produced in certain years. It is a smooth and well-crafted cava that would accompany a meal of fish or chicken, or, well, just about anything.

Next, the Riserva Real, a non-vintage cava, made in the Champagne style, meaning a blend of vintages. This cava, like some of the others, is aged in chestnut barrels. This wine was very nicely crafted, with a hint of minerality on the nose and a very smooth mouthfeel. Fruit and spice. A really nice sparkling wine.

Finally, the CASA SALA Brut Nature, Gran Reserva 2005, the highest priced wine we tasted. This wine was similar to the Riserva Real, but not quite as well balanced. The wine is  produced at the original properly of the family (The Casa Sala’s) via manual harvest, pressed in a wine press from the Champagne region that is more than 150 years old, fermentation with native yeast, and wine decanting and maintenance by gravity, without using pumps. This brut nature has no dosage and is reminiscent of the traditional cavas of 50 years ago. Two traditional grape varieties are used for the blend, Xarel•lo and Parellada, and their percentages in the cuvée change from year to year.

If you come to the Barcelona region, a visit to the Pendedès DO is worth your while. I would say that the better cavas of Spain can take a seat beside most French Champagnes, and, like most Spanish wines, they are a great value.